Does jetting off into a tropical oasis with the sand in your feet sound like your ideal honeymoon? If so, forego the busiest of the Caribbean islands and seek out one of our favorite locales, Belize. Not only does Belize have private islands and stunning beaches, but it also features exotic jungles and the world’s second largest barrier reef. Spend your days snorkeling, scuba diving, or hiking, and spend your nights exploring the local cuisine! Since Belize cuisine is an amalgamation of multiple cultures and ethnicities, it’s a dream for foodies. Ceviche is one of Belize’s most popular dishes, as is cochinita pobil, a slow-roasted pork dish featuring the flavors of orange, local spices, garlic, allspice, and onion. Tamales are also a huge part of the local food culture.

If you’re feeling thirsty, we recommend sipping on the local cerveza- Belekin beer is the favorite- or drinking a glass of cashew wine. No, not the nut! This wine stems from the local cashew fruit and produces a sweet and flavorful wine often served over ice.

When you’re ready for something sweet, try dukunu, a dish that harkens back to African ancestors. Dukunu is prepared with coconut cornmeal, batata (sweet potato), brown sugar, and spices. Think of it as a dessert tamale!

While a European honeymoon normally screams Italy or France, we believe that some of the best food and culture can actually be found in Berlin, Germany. Berlin is an often underestimated, surprisingly vibrant, and hip city. It features epic museums, an energetic art scene, and some of Europe’s most unique and interesting architecture.

Berlin is also home to a superior food scene. If you’re really looking to go top tier, try one of the many Michelin-starred restaurants such as Restaurant Facil, Pauly Saal, or Rutz. Don’t want to break the bank on your food budget? Berlin has a number of specialties you can sample at a local cafe or on the street. You can try currywurst, a dish that has inspired its own uniquely designed fork due to its popularity, eat doner kebap from a street vendor after late night dancing at one of Berlin’s many epic clubs, or eat classic Berlin schnitzel at a street cafe.

Naturally, in Berlin you’ll be drinking all of the different beers. When it comes to dessert, get ready to eat some doughnuts. The word “Berliner” means doughnut, after all!

For those who wish to explore Asia and have their foodie dreams indulged, we recommend Chengdu, China. If you visit between the months of March and May, you’ll be greeted at the Giant Panda Breeding Research base by pandas going through their “falling in love” period. While pandas are one of Chengdu’s main attractions, Chengdu is a historical landmine. The city’s history dates back to at least the fourth century, B.C., leaving you with a dearth of history to explore. Start with the ancient teahouse culture on Jinli Ancient Street, then head to Wenshu temple, and don’t forget to visit the burial site of Emperor Liu Bei. When you want to rev up your energy, rest assured that Chengdu has you covered with a vibrant and exciting downtown.

With all that under your belt, you’re bound to get hungry! Chengdu is in the heart of the Sichuan region, and many of the recipes there will sound familiar to you, from Geng Bao Ji Ding (Kung Pao Chicken) to Peking duck. The street foods aren’t to be missed here, either. For breakfast, try Jianbing, a crispy pancake resembling a crepe that gets filled or covered with a variety of toppings and fillings. Try Xia Longbao (soup dumplings) for lunch, which are the most popular street food out there.

If China doesn’t seem up your alley but you’re looking for something that still appeases your wanderlust, we think you should try Goa, India. This western Indian state was originally a Portuguese colony, and this shows in the city’s tropical plantations and European-inspired architecture. Visit the Basilica of Born Jesus, a UNESCO Baroque Catholic church, or the 17th century fortress Fort Aguada. Go more exotic and venture away from the city with an excursion to Dudhsagr Falls, a 600 meter high waterfall situated on the Mandovi river. If enjoying the coast is more your speed, there are a myriad of beaches where you can engage in watersports such as boating, waterskiing, or even parasailing.

If you’re an adventurous eater who delights in the exotic, Goa is your area. Because it’s coastal, Goa’s most common meals are based around seafood- this could be your chance to try shark! Sample the succulent flavors of onion and coconut in Kalputi, a fish-head stew. Bhaji, traditional Indian fried fritters, are everywhere. These often contain onions and chiles but come in a variety of flavors based in vegetable choice.

Vindaloo is native to this region, and you’re open to a whole variety of Portuguese-Hindu dishes. We recommend finishing a meal with arroz doce, a Portuguese sweetened rice custard.

Purple Onion Catering Company has evolved into one of Washington, D.C.’s most successful catering and event planning teams. Learn more » 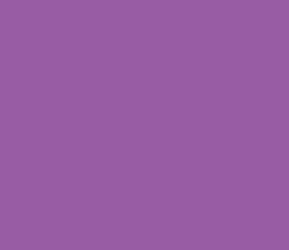